Nerdwallet just released a study that says “New Grads Won’t Be Able to Retire Until 75.” Yes, that means you. You will have to wait 50 years before you retire if you were fortunate enough to be born in the early 90s or late 80s.

Well, mostly student loans and high rent costs, but let’s be honest, you already knew that…

What can you do about it?

Well, clearly the obvious answer is save more money. Yes, you’re thinking… well, I have those student loans and high rent to pay! Yes, I understand that but opt for the bus a bit more and your Ubers a bit less. Actually eat the food you purchase from the grocery store instead of throwing it out. Learn to cook meals with said groceries. Kick expensive habits, i.e. weed, cigarettes, alcohol, designer anything, and cancel that gym membership you’re not using.

Why can’t I just wait?

Well, because of compound interest. There is literally not been a single chart that compelled me to save more money than this one below. Don’t be Bill. Bill screwed up. $5000 is $416 a month and even less if you’re using a tax-deferred plan like a Traditional IRA or that employer plan you keep meaning to put money into. But I’m afraid to invest, remember what happened in 2008?

I get it. It’s scary to toss all your money where you don’t have access to it and you may lose money but that’s why you (should) have an emergency fund! The rest of the money you put in the market, you won’t (or at least, shouldn’t) need for 40 years so really it doesn’t matter what’s going on with it til then.

Daniel Sheehan, a certified financial planner on NerdWallet’s Ask an Advisor platform says, “My advice to millennials I speak with is to realize that throughout the history of the investment markets, there have always been traumas… For those who invest wisely — allowing the market time to do its work by compounding — there isn’t a better way to invest for their future than the stock market.”

Fine. I get it. What can I do to get started?

Trust me, it’s worth a bit of discomfort now to not be eating cat food when you’re in your 80s! 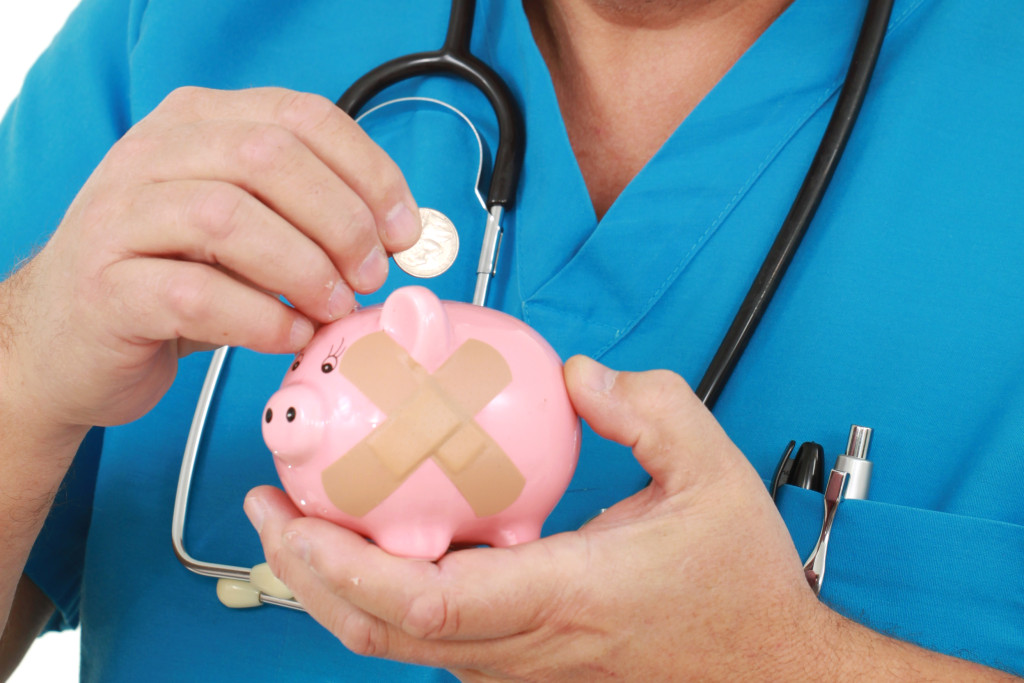 We need to talk about money. It’s 2015. We talk about literally everything else at this point. Scroll through any feed you have and you’ll see people complaining about their relationships or lack thereof, articles about new positions to try, someone you went to high school with saying something mildly racist, defenders of guns, people against guns, people discussing their open relationships, people not vaccinating their kids and countless “I Side With” political quiz results. How did salary become the only thing we’re NOT allowed to talk about?

Are you in credit card debt? How did you deal with it? Does it all stem back to that free t-shirt from freshman year?

When I was 18, I just racked up debt because that was future me’s problem–thankfully I had a small limit. I had to figure out, on my own, what balance transfers were, how grace periods work, how valuable 0% interest is, and just how awesome an 800 credit score feels. It would have been great to have a friend around that could have stopped me from treating all my friends to dinner or tell me just because I have that credit limit, doesn’t mean I should spend up to it.

Next time you’re out to lunch with a friend you trust and they whip out their credit card to split the bill, ask how they like the card and slowly ease that into a conversation about your current or previous debt. Just because you got out of debt before, doesn’t mean you won’t relapse. Know you have that friend around for support.

Are you saving for retirement? Are you taking advantage of the company match? Have you figured out what a Roth IRA is yet?

Now that I’m older, I’m one of those weird people that get all warm and fuzzy when they save money. It’s like a runner’s high but without all the sweat. Allocating money into my 401K, Roth IRA & savings account is the highlight of my week. Most of my friends, not so much. I’ve taken it upon myself to be the nagging friend telling them to take the free money their employers are offering up. In your 20s, saving for retirement seems ludicrous when you have crippling student loans, rent you can barely afford and you’re still borrowing a friend’s Netflix password but the power of compound interest is too good to pass up.

Even if you’re not comfortable investing quite yet, it’s nice to have that one friend that is– view them as your aspirational goal. This is a good convo to have with someone higher up than you at work but only by 2 or 3 years. Learn from them, ask how much they’re putting away, how much they’re investing and where. Before you know it, you’ll be compounding interest like a pro!

How much was your mortgage? What exactly are closing costs? Is it insane to make a 30-Year commitment when you’re 25?

I’m at that point in my life where some people are buying houses while others can barely afford their bottomless mimosas. So, we’re all pretty confused. Since undergrad, I’ve been told that buying is cheaper than renting but I also really loved it when my landlord delivered my packages directly to my apartment. Why give that up for doing your own plumbing and a novel sized stack of paperwork?

The “cheaper to buy than rent” philosophy would mean a lot more to me coming from people that actually did it. Mortgage calculators, PMI, scrounging together a year’s worth of rent, surprise HOA fees, trying to figure out if you should work on saving 20% (does anyone save 20%?)–this is a lot to take the word of anonymous interneters. Talk to your friends, talk to your parents, talk to your boss over a casual Friday lunch. Get as much info as they’re willing to share.

How much do you make? How much of that goes to taxes? How do you know if you’re filling out your W4 right?

First of all, is there some class where they teach you how to fill that out properly that no one ever told me about?

Anyway, this is a biggie for most people. No one wants to disclose how much they make (even people that work for the government where it’s public information). Why is that? People worry that they’re underpaid, and their friends will judge them/pity them, or overpaid and they’re friends will ask to borrow money/resent them.

You need to get over that. We all need to get over that. I’m not saying slap your salary on the side of a truck like that Life Lock dude, but disclose it to people you trust, especially co-workers. Why? Because if you’re unhappy with your salary, you figure out what your earning potential can be or if you should have asked for more during negotiations. If you’re happy with your compensation, you can be an advocate for someone that you think deserves more.

As one of those people who’s salary is public information, I’m always checking out co-worker’s salaries and scoping out their Linkedin pages to see what skills I’m lacking to get me to that next level. I also take the opportunity to chat with friend’s about salary so we know what student loan programs to take advantage of, what tax credits we should plan for, and all those little intricacies in life where it’s nice to have a salary-buddy (a friend close to your salary) to complain to and share triumphs with.

So why talk about money? It’s those little conversations: “How much extra are you paying for HBO?” “How are those travel points working for you?” “How much is your car insurance?” that open the doors up for the bigger ones: “I’m turning 26 and I have no idea how much my health insurance is going to cost.” “I have $90K in student loan debt and I’m not sure how I’m going to pay it off.” “I don’t think we’ll ever be financially stable enough to have a kid.” That’s what friends are for. 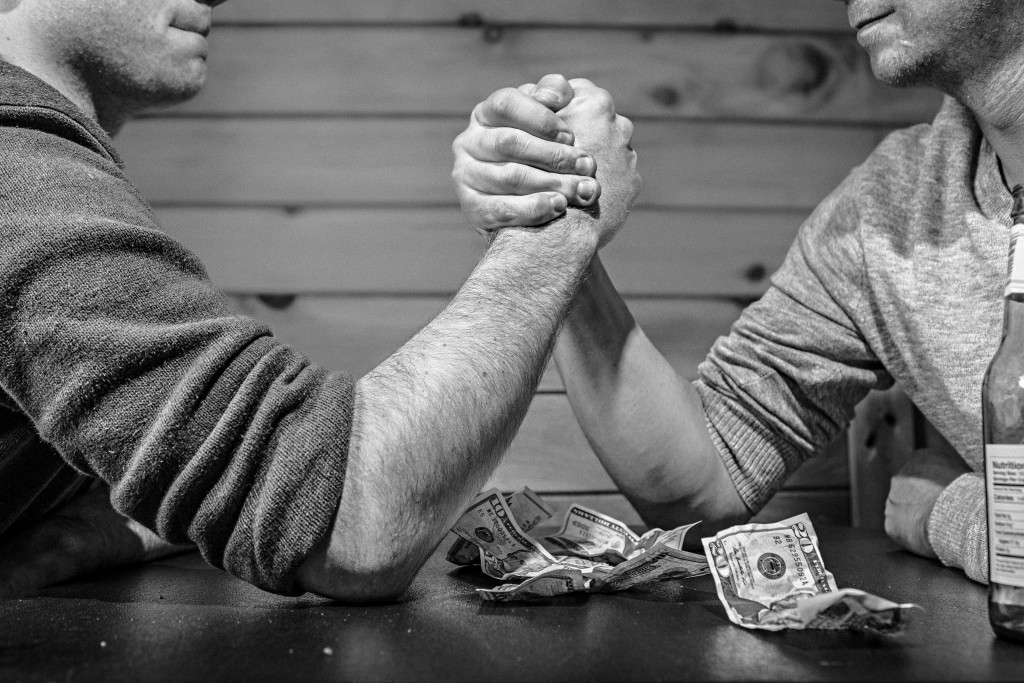 About a year after undergrad/getting my first real job, I emailed my bosses and asked for a raise. I asked for a 33% raise and ended up with a 25% raise, so I didn’t do so bad. To put in context, I worked for a small company and took on a lot of key roles so I had some leverage in my request. Here’s a template for what I did if you’d like to give it a try:

I’ve been at COMPANY full time for almost 10 months now. Obviously, I love the job very much and enjoy seeing COMPANY grow and expand.

That being said, in the last 10 months, I have been an intricate part of developing and implementing plans for PROJECT, PROJECT, PROJECT, and countless other large and small clients. As these PROJECTS recur, I believe the experience I’ve gained will be essential to the development of these projects.

As I initially came on in an entry-level capacity (though having X years of experience in the INDUSTRY), a position did not initially exist for precedence. Due to no precedence and overt job description, it was difficult for me to properly assess a suitable and fair compensation for myself. As my job roles have come into fruition, I have taken into account similar jobs within the INDUSTRY.

With these things in mind, I think my compensation should reflect my work ethic, numerous roles, experience, and my current enrollment in an EDUCATIONAL PROGRAM. I am requesting a pay increase to $XX,XXX. While I know this is substantially more than my current salary of $XX,XXX, $XXK is the average salary for those with similar jobs in the METROPOLITAN AREA as well as significantly less than similar jobs at COMPETITIVE COMPANIES (obviously I’m taking into account their much larger client-base).

If we’re not in position to allow for a pay raise, or if you feel my work is not up to this level of compensation, I am more than willing to hear alternative options, or recommendations for improvement. I would like for you to consider this proposal and speak with me about it whenever you have some time this week or next.

Comment to let me know how it goes or if you have any questions!