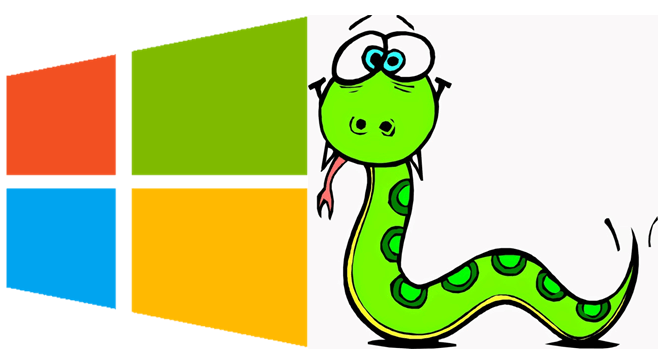 So I took a Data Science bootcamp and as the only PC in the room, I found myself figuring out some issues on my own. Figured I’d document them in case others run into the same issues:

“ImportError: DLL load failed: The specified module could not be found”

Having trouble with seaborn and plotting graphs.
Solution:

Couldn’t get textblob to run
Solution: Do a normal install, “import nltk”, then run nltk.download(). This opens up a GUI installer.

I’ll continue to add more as they pop up.

Let’s say I have the Formstack Form below and really want to capture the data of “Amount of Expense” and the User ID that is auto assigned to each submission, in Google Analytics. How would you go about that?

Set Up On Formstack 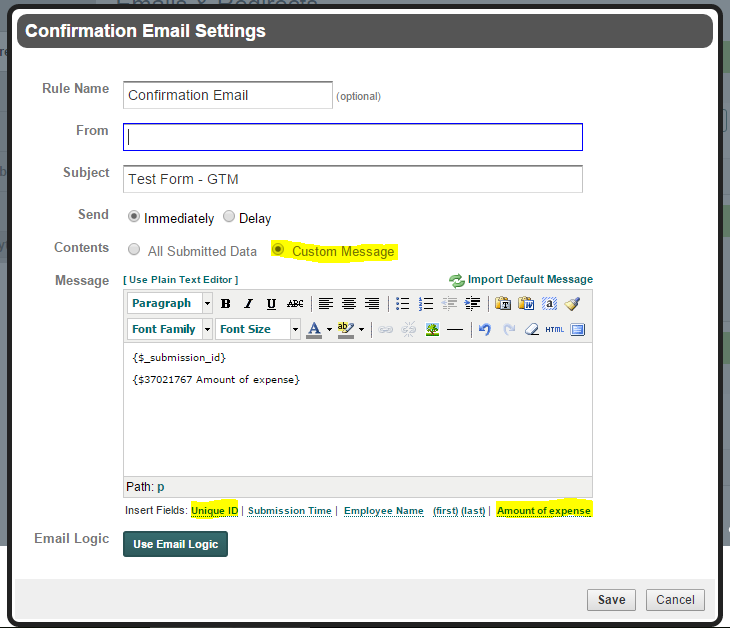 Now the data will go into Google Analytics on each submission.

You’ll also be able to compare the Event Label within Formstack, under Submissions to match it up to the Personal Identification Information:

This tactic can also be use by taking advantage of Google’s Custom Dimensions and Metrics with Google Tag Manager. 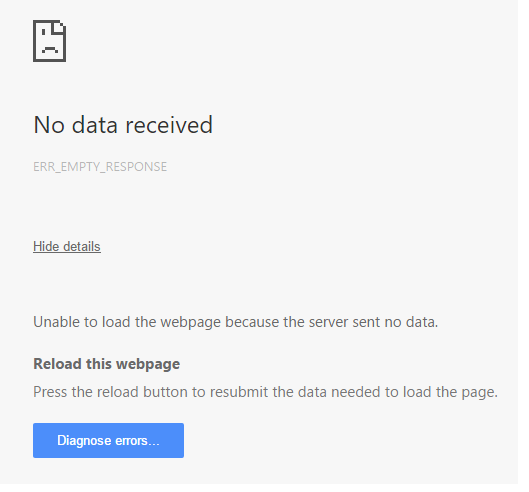 I use GoDaddy as my hosting and obviously have a WordPress install. A few months ago, I started running into this error on Google Chrome: “No data received [ERR_EMPTY_RESPONSE] Unable to load the webpage because the server sent no data.” I got a similar message in Firefox: “The connection to the server was reset while the page was loading.” This happened whenever I tried to make a new post and really put a damper on my blog activities on my various blogs.

I searched numerous forums, checked out my GoDaddy CPanel, looked at my FTP files, uninstalled & deactivated plugins, and made sure WordPress & plugins were all up to date. Still nothing worked! I did discover that the error could be triggered when editing files, as well though.

Becoming frustrated, I checked line-by-line of a draft to see what triggered the error, and I discovered it. The error occurred anytime a post had links with “http:” & “https:”.

Obviously removing the protocol declaration from links (and images) in a blog post could be problematic if I needed to link externally but thankfully, you don’t need to declare a protocol to make links. You can instead point to a website like this: //www.google.com instead of http:||google.com (slashes would be here instead of pipes obviously).

With any post I now make, I just make sure my links use protocol-relative URLs instead of declaring the protocol and I no longer receive errors. Unfortunately, I have yet to discover the root cause of the problem, but for the time being, it allows me to blog again while I figure it out.

When the internet became available to the non-technically savvy, average household, America Online was the leader in dial up service. Through the free availability of free floppy disks, and eventually CDs that provided AOL software and a few hours of free internet, AOL’s visibility in the internet marketplace was very high. In addition to the internet access, AOL provided its own dedicated browser and email provider, thus nearly monopolizing the market, at the time. In 1998, AOL acquired CompuServe and ICQ thus stamping out nearly all-additional competition in the market (Aol, 2010). By 1999, AOL’s revenue matched NBC’s and with a market value of $125 Billion, it was bigger than any other media concern in the world. The expressed goal of the company was ”To build a global medium as central to people’s lives as the telephone or television … and even more valuable” (Hansell, Now, AOL Everywhere, 1999). Basically, AOL’s goal, at the time was to be the equivalent of Microsoft to PCs—and position internet service to be just as valuable to the average American family as phone and television. With customer retention incredibly high and direct mailer marketing tactics, AOL succeeded in making the internet necessary for more and more people every year, permanently, and making themselves a world leader in internet, temporarily.

In 2000, approaching the height of the .com bubble, AOL bought Time Warner for $165 Billion dollars. Unfortunately, less than 3 years later AOL experienced its first decline in quarterly sales in its history (Hansell, As Broadband Gains, The Internet’s Snails, Like AOL, Fall Back, 2003). The decline coincided with the switch from dial-up service to much faster DSL and Cable internet services. Though AOL and its competitors (MSN, EarthLink, etc.) offered dial up services, many customers looked to their cable and phone providers because of bundled deals with phone and television service. In addition to its competition, AOL was positioned as internet for beginners, but by 2004, there were fewer and fewer “beginners,” “AOL built a huge and profitable business as a safe and easy place for people to get their first experience on the Internet. But it is now clear that the company stayed with that positioning too long after the majority of users were no longer novices” (Hansell, MEDIA; Beyond War News, AOL’s Broadband Plan May Face a Struggle, 2004). “With no frills access to the internet becoming cheaper, their bloated interface and lack of integration with stand-alone browsers left many users unhappy with the service”(Sams, 2009).

In order to shed this unsophisticated view of AOL, they recruited celebrities for their advertising campaigns in an effort to look relevant which, to many, appeared desperate. They began shifting towards content as its unique valuable service. “The AOL brand is associated with Internet novices, protective parents and chatting teens. It is not clear that the brand has what it takes to move beyond those groups to give Yahoo a run for its money (Hansell, Free or Paid? AOL Will Let Its Two Halves Duke It Out; In a Risky Reversal, An Effort to Cash In On an Online Ad Boom, 2004),” one independent internet analyst said discussing AOL’s portal service. AOL’s chat room services were a key feature in the early years of the internet to be replaced by social networking sites such as Friendster, MySpace and Facebook.

It was announced in 2007 that AOL would be moving its headquarters to New York, resulting in a layoff of 20% of its staff, known as “Bloody Tuesday,” which caused an internet backlash and a plummet of the company’s stock. While AOL did not have to reach the amount of visitors that rivals Yahoo! have they did have to work to get a readership high enough to acquire advertising revenue. Unfortunately, with the chief executives being changed and altered every few years the company lost credibility amongst its investors and when company’s such as Google retracted their investment in the company, the company’s outlooks for prosperity appeared uncertain, at best. In mid-2009, AOL parted ways with Time Warner. AOL’s shift to content had proved to e a unique feature, “Where Mr. Armstrong [CEO] will find much less competition is content, which most Internet companies find too expensive to produce. AOL already operates more than 70 specialized blogs, including Boombox (on hip-hop music), WalletPop (on personal finance) and Paw Nation (on pets)”(Hansell, Daring to Dream of a Resurgent AOL , 2009). AOL’s additional owned sites such as TMZ, MapQuest and TechCrunch, while lacking the AOL name ring in steady revenue for the company.

The biggest problem for AOL (who at the end of 2009 rebranded to Aol.) is that they were too slow to embrace change. By the time they were ready to shift their focus; others were around doing it faster, better and with better marketing tactics. AOL has consistently appeared as an old company attempting to appeal to a younger crowd while still maintaining their spokespeople as 40+ white males. Social networking sites took the place of chat rooms and instant messengers. Yahoo! cornered the content market, and with blogging being an integral part of the internet in the later years paid content made less sense, as newspapers and magazines discovered, as well. The best option for AOL now is to serve as a parent company to its more successful products such as MapQuest and TMZ and focus on making those sites the top of their respective industries. Thus, making AOL a content provider and filling a void instead of trying to take on a portion of the internet that has already been conquered.

Hansell, S. (2003, February 3). As Broadband Gains, The Internet’s Snails, Like AOL, Fall Back. Retrieved December 5, 2010, from The New York Times:http://www.nytimes.com/2003/02/03/business/as-broadband-gains-the-internet-s-snails-like-aol-fall-back.html