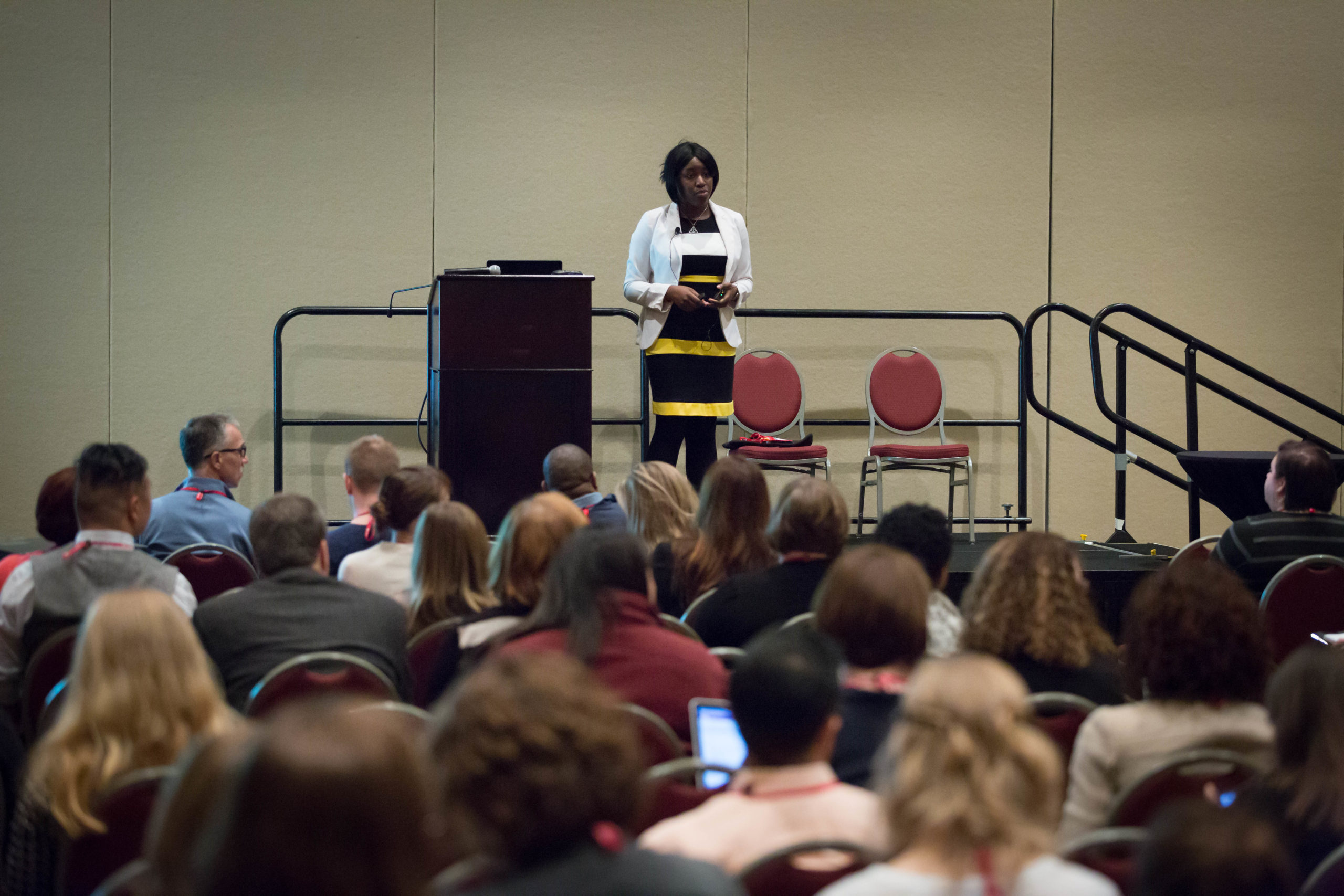 I have a confession to make but it’s controversial.

So controversial that I always feel a little bad when someone asks me about it because it goes against all of the conventional wisdom that you hear when job searching.

Except one role, every job & internship I’ve ever gotten, I simply applied online or emailed a generic jobs email address.

Yeah, I know you’re thinking, “What? That can’t possibly be true.” Literally, roles in different countries, roles at major labels, internship at a music venue, 14 years of part time & full time experience, almost all in music, and all but once, I literally just applied online. No head hunters. No poaching. No super secret job boards. Not even a referral. Just applied online.

Let’s start with #1 because I know my experience is incredibly unique, especially in music…

How is that Possible?

Besides being incredibly lucky to be raise in a middle-class family in the US and all that entails, I also had another incredible advantage:

I’ve always wanted to work in music. I’ve known this since I had a concept that the music industry existed and though often my parent’s didn’t really “get it”, they allowed me to pursue it.

Because of this, almost every major decision I’ve made in my life both professionally & personally has been in pursuit of that goal.

What that means is when someone looks at my resume, there is very little ambiguity. My undergrad degree is in music, I had a music internship, I ran a music magazine at age 16, I booked shows at age 15, all of my school projects were about music, my first full time job was at a music startup, etc.

Since I only want to work within music, and within a limited area of focus even within that industry, there’s really no need for a cover letter or much explanation. Given my experience and my education, I kinda just, as the Brits say, “Do what it says on the tin.”

I’ve only had one job in my life that wasn’t music related. A few years after I left university, I went back to work at the university I graduated from. It was a wonderful time in my life because it allowed for real, healthy, work/life balance. Within the role, I improved on my digital marketing and technical skills but outside of the role I also improved on public speaking as I started teaching workshops in tech & marketing, I got more experience as a supervisor, I started building my network as I met and consulted with startups, I also grew my passion for data as I completed my Masters in Data Science and completed courses and bootcamps in the space as well. Not only was I given the time to pursue, it was also paid for by my job. I even started dating my now husband during this time.

Those 3 years set me up perfectly to move abroad. While in the states I held product, marketing & strategy roles, when I moved abroad I knew pursuing those roles would be much too competitive but thankfully, I knew both how to make websites and how to write algorithms. It’s amazing how much more opportunity was available to me by adding Python and SQL to my resume. Even though it took me 6 months to find a role in Stockholm, I know many that took much, much longer and finding work in London has been incredibly easy for me. Having hired a few times now in Europe, the difference between music roles that require a coding language and ones that do not is literally a difference in applicants of often 10X.

I addition to roles I’ve had, though unsuccessful, I’ve also interviewed at Spotify, Amazon, TikTok, Google, all by applying online, all because I can code and know a bit of math.

To be honest, coding isn’t my passion and there are many people much stronger at it than myself but the amount of people that are willing to work music industry hours, make music industry pay AND can write a natural language processing Python script, is fairly small, and I’ve used that to my advantage.

So between those two things, I do what I always tell people, I find roles that I’m uniquely qualified to have. I learned to make websites as a kid, I have an undergrad degree in music business, an MBA in Marketing, a master’s degree in Data Science and every job I’ve ever had or even apply to has been in one of those areas.

While it might seem impressive, I have basically no other skillsets. I am woefully unqualified to do almost anything else. I can’t produce music, my grasp on global music rights is sometimes a bit shaky, and don’t get me started on jobs outside of music. I really struggled in natural sciences in school. When it comes down to it, I just play to my strengths well.

So that out of the way, the next big question is…

What’s the point of networking then?

Well, first of all… If you think the only point of networking is to get a job, you’re doing it wrong.

1.   Like I mentioned above, almost every major decision I’ve made in my life both professionally & personally has been in pursuit of the goal of working in music. (Unfortunately) Work is very important to me, but the music industry is often not the kindest industry so having people around you trust to confide in, to seek advice from and to cry on the shoulder of, who just get it is incredibly important.

2.   You should be building your network at all times (especially when you already have a job). Just because someone can’t offer you a job right away doesn’t mean they can’t eventually offer you an opportunity. I’ve hired people or been references for people months, and even years after we initially met. It’s not a sales transaction, it’s a relationship and many people will be in your orbit for possibly decades.

3.   There’s more to a career than just literally getting a job. My network has afforded me some really great opportunities for freelance work, to speak at conferences, to meet amazing people, and this year, literally dozens of people helped out by speaking, judging, mentoring & more at my conference basically out of the kindness of their hearts.

4.   All that being said, I do use my network for job searches but not just to “get a job” rather to understand the company, the work and the culture.

Here’s how I approach networking for a job:

Often, people don’t know you’re looking for a job unless you tell them. Of course, you should be selective about who you tell that to (hence actually building relationships), but this opens the doors to opportunities you didn’t know existed. I usually start there in my job search.

Simultaneously, if there’s a company I’m interested in, I talk with close friends & colleagues to gauge their opinion on the company and possibly get a referral. I generally wouldn’t ask someone I’m not close with for a referral.

Once I’ve applied for a role, if a hiring manager or HR person has posted about the role, if I don’t hear back for an interview in about 3 days, I may send a follow up message to highlight my interest.

If its a very small company, I have someone in my network in the exact department I’m applying to, or I know the person formally in that role, I may also reach out to them prior to interviewing. Otherwise, I’ll wait until I have an interview to reach out to these people that I’m less familiar with.

Throughout the process, I’ll ask my HR partner what I should expect for each round of interviews so I can properly prepare. Your HR partner should want you to succeed and as you move further in the process it’s completely appropriate to ask for their help to prep for each part. Once you’ve 2-3 interviews in, a good HR partner will be willing to have an addition 1 or 2 chats with you just to help you prepare.

Finally, in later stages, I may reach out to people I don’t know/not connected with but formally in the role or with a similar background to myself prior to joining the team/company.

For each of these conversations, it involves a certain level of trust & vulnerability but you should be clear about your intentions and your ask up front. Besides reducing the risk of rejection/non-response, going in this order means you start with the people most likely to keep your secret that you’re job hunting at a time where it’s least likely that you’ll get the role.

You wouldn’t believe how many people I don’t know that send me messages that they’re job hunting and ask for my help. While I appreciate how much trust people seem to have in me, to be frank, you should be careful & thoughtful about your career, especially in an industry as small as music.

At this point, my network provides social proof—when I apply to music roles someone in that process inevitably knows someone I know which naturally builds trust.

It also helps with my overall brand & story. Your brand is what people say about you when you’re not in the room and I know there’s a lot of people speaking my name in rooms I have yet to walk into and that’s not because I asked them for a job, but because I was good at a job I had or because I helped them (or someone they care about).

True networking is building relationships, being vulnerable, being curious, and showing genuine interest in people. I’ve grown my network most, not by asking for things, but helping people. With that track record, when I do get around to actually asking for something (which usually isn’t a job), it almost always yields positive results.